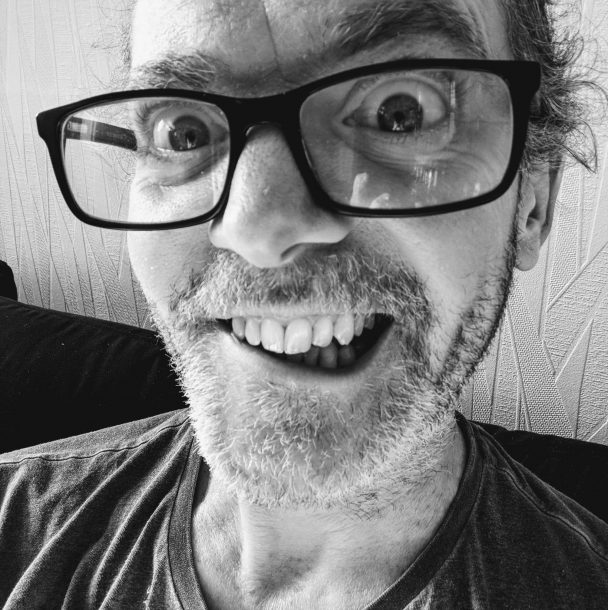 I grew up near Epsom in Surrey and spent most of my childhood dancing and acting, learning musical instruments, building vast Lego cities and infuriating domino rallies, creating board games and secret societies.

But it wasn’t until I discovered Ian Livingstone’s ‘Fighting Fantasy’ books and Terry Pratchett’s life-changing Discworld novels, that I fell in love with reading and writing.

After completing a degree in Writing from Dartington College of Arts, I self-published my debut novel Spritz in 2008, a black comedy about hope and dreams, obsession and addiction.

Since then my focus has been on Middle Grade and Young Adult novels including The Madison Chronicles series, The Last Scarecrow (WattPad Awards Winner 2021), Tales of Sorrow Trilogy, and the SpiralVerse Saga.

As well as writing, I work as a graphic designer and musician. I run marathons and collect Lara Croft memorabilia.